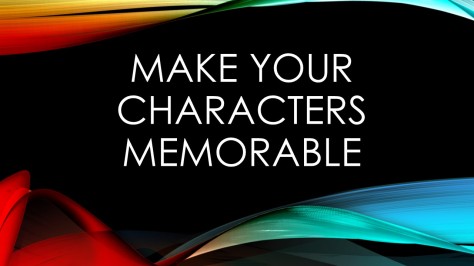 The one thing that makes any story for me stand out is a memorable character. They don’t have be heroic, or even that good. But they have to be compelling and as an audience member, you have to want to know what happens to them. So as a writer, how can you make your characters memorable?

First, I think you should be able to say things about them. Like for example, they’re kind, smart, sensitive, or tough, impulsive, and moody. You can identify traits about them right away based on what you’re seeing with them in the story. They make you care about them not because you might like them, but because you want to see how they will handle whatever the story throws at them.

Recently, I started watching the television series ‘Grantchester’, a mystery series set in the 1950’s in a small village in Cambridge, England. The main character is Sidney Chambers, a young handsome vicar who is a bit shy yet sweet. But we learn that he’s haunted by his war-time service, and an unrequited love for a woman. What makes Sidney compelling and memorable is that he’s not perfect. He doesn’t utter empty platitudes but is cautious with his words. He’s also cautious with his feelings, perhaps too much. So we have a character who could be made out to be a paragon of virtue and perfect in every way but instead, we have a real character with good and not-so-good qualities who has a lot of potential to grow.

On the other end of this spectrum would be Tony Soprano, from the HBO television series ‘The Sopranos’. Tony is a mobster running a strip club in New Jersey and head of a crime family. So he’s not what you would refer to as a good person. He breaks the law and has people murdered. He lies and cheats and is brutal in how he deals with things. Yet in the first episode we see him having a panic attack and subsequently seeing a therapist. So this shows he’s vulnerable, and able to feel things though not deal with them very well. It’s this dichotomy that makes him memorable and compelling because we know things about him, see how he interacts with the world around him, and see his conflicts.

So to make a memorable character you want to show the good, the bad, and in some cases, the ugly. You want your audience to learn about them and because of that, your audience will want to know what happens to your characters in the story. And that’s what not only makes a character memorable, but what makes a story memorable after it’s over. 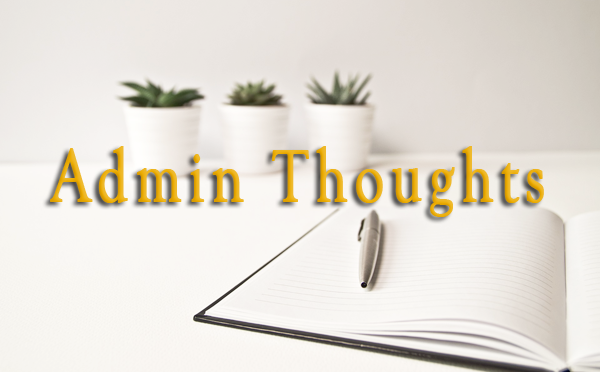 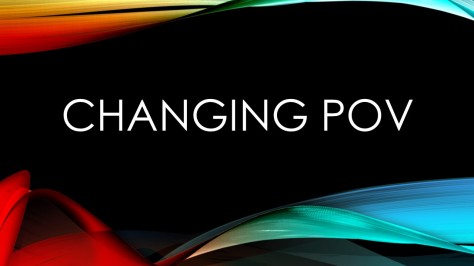 Changing POV is not head-hopping. The term ‘head-hopping’ means that a POV is changed so much in a scene that the reader is being forced to hop around so much they’re dizzy with it. And because of that they’re confused as to who is doing what, which is something you never want to have in your story.

So, how do you avoid that if you want to change POV in a scene?

First, make your character’s voice distinctive enough so that when you change POV it’s a seamless transition. This means that when you’re in a particular character’s POV you’re using a very distinctive voice for them, and I’m not just talking about the way they speak in dialogue. Each character should have a distinctive way of thinking and acting in addition to speaking. And you don’t need to make the differences super-obvious or extremely-different unless your story calls for that.

Three, think of the development of the scene in a cinematic way. When you watch a movie for example, most of the time there are cuts within a scene to show the reactions of other characters to what’s happening. So if you feel that need to cut to another character in your scene, then you’re looking to change POV.

Now, I know there are what I call POV-purists who believe in one POV per scene and will only change POV with a line or scene break clearly showing that on the page. And that’s perfectly fine as I’ve read plenty of books written like that I enjoyed. But please don’t feel like you have to do that. Maybe the thought of changing POV in a scene is daunting or you’re not sure of how or when to do it. Don’t be afraid to give a try and in the meantime, study other writers and see how they do things.

Most of all, don’t feel like there is a set of rules governing POV that you can’t break unless you want to go to jail. Trust me, you will not be jailed for changing POV in a scene. If you do it and someone says you’re head-hopping, then you’ll need to look at your work more closely to make sure your changes in POV are seamless. But trust me, it can be done if you want to do it. 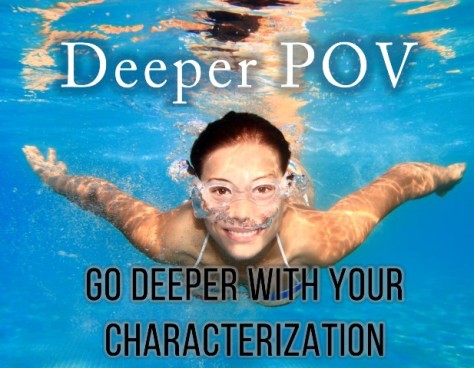 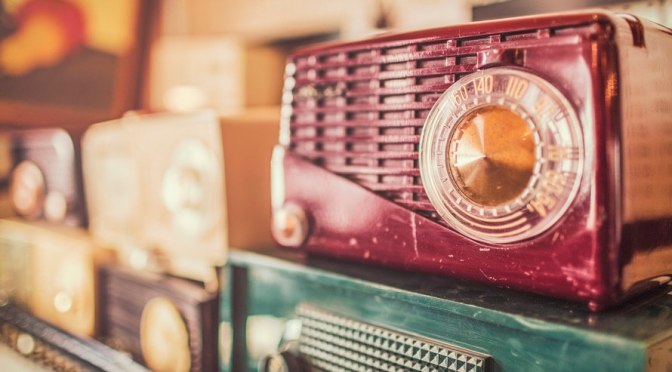 Once again, Writers Unite! has appeared on the “Dr. Paul’s Family Talk” radio program, which airs on WNZK, Detroit, Michigan. Host Paul Reeves and I discussed our sister Facebook site, Writers Unite! and the third installment in our series Writing Your First Novel, To Outline or Not to Outline.

Writers Unite! will be a regular monthly guest on the “Dr. Paul’s Family Talk” program. We are looking forward to being on the show each month to discuss the writing process. 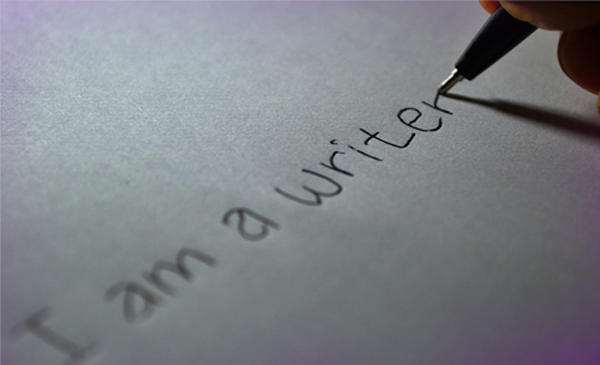 — Ode to the Courage of a Child by Nicola Berardi: Father of Alexey

Greek mythology tells of the Nine Muses, deities that served as the inspiration for writers, artists, and philosophers. The word muse derives from the Greek word “mosis” which means to “desire and wish.” Ancient writers would call on the muses as they began to write and to this day Muses are symbolic of “inspiration and artistic creation.”

Writers often joke about their “muse,” but I suspect each of us secretly likes that soft voice only we can hear urging us to write. In truth, our inspirations are triggered by anything and everything we observe or imagine.

Now, that your muse has spoken. The question is what do you do with the story idea swirling in your head?

In Part Three of our series, we discussed developing your story by beginning to write without a plan or creating your storyline by planning it out or plotting it. Deciding what your story is about is not the same as structuring the novel. In Part Four, we are going to examine how to put the pieces of your story together.

First, let’s discuss story vs. plot. For many novice writers, the difference between these two terms is unclear. The Merriam-Webster Dictionary defines plot as the “the plan or main story (as of a movie or literary work).”  A story is told in a series of scenarios, or events, interacting sequentially.

“The king died and then the queen died is a story. The king died, and then queen died of grief is a plot.” … Perhaps, in film, a plot could be said to be the sequence of (causally related) events that make up the narrative. The plot…it is what happens. Jul 29, 2014

Stories are about the characters’ conflicts or goals. It is important to introduce the protagonist, or main character to your readers quickly, I suggest the first page, to establish a rapport. If your readers like and identify with your character, they will be interested in reading to the conclusion of your story. We will be discussing character development in the next installment of this series, but clearly, developing plot and character go hand in hand. If you outline first, once you have fleshed out your characters, add their important elements to your plan.

As a mystery writer, I respect my readers’ need to have a murder victim within the first few pages. I introduce my antagonist within the first chapter, no later than the second chapter, as I establish clues. It is imperative, regardless of genre that you keep the small nuances of your genre in mind. While it is a writer’s desire to be innovative, it is also important to remember why your reader loves the genre you write in. Don’t disappoint them.

One of the most touted methods of creating a plot in the writing world is the three-act structure, or the five or seven-act structure.  The problem is stories do not occur in three acts. Three or more acts evolved as far back as the days of Aristotle from natural stopping points within a story to provide intermission for the audience.  While there is a lot of information and instruction on this method of developing a story plot, the truth is stories are not built on any number of acts. They are crafted by identifying the conflict the story is based on, and the action needed to resolve the conflict.

There is some confusion with the three-act method with how the plots within a story unfold. There is a beginning, middle and ending of a story but they flow from each other and are not specific acts.

The beginning section is traditionally used for exposition, the literary term for providing character information, backstory, any information that is pertinent to the story. (We will discuss how to present this information in a future installment of this series.)  You must establish your story, introduce your characters and reveal conflict that forces your protagonist to act. The catalyst for your story should be revealed in this section, murder, the discovery of a secret, a broken romance, whatever conflict your main character must overcome.

The middle of the story is where many novice writers lose focus. Often nicknamed the “saggy middle,” it is the portion of the book where it is imperative to keep the reader engaged. Rising action regarding the story’s conflicts should drive this section of the book. A series of issues, some resolved, some not are presented, and the pace should vary. Give your reader time to catch their breath, a constant roller coaster ride will only serve to tire them.

In this middle section, your goal is to move the story on to its conclusion. Conflict should rise, the characters should be placed in further jeopardy. At least one main action scene along with smaller events should be driving the story, leading your character toward the total disruption of their goals or desires.

The ending is where the conflict or goal of the main character is broken and then resolved. Never make it easy for your protagonist to reach their desired outcome. Place them in physical or emotional harm’s way, bringing them to the brink, then redeem them at the conclusion. The last scene of your book should (if you choose) reveal the aftermath of the story as you return them to a normal life.

While we strive to be original and innovative in our writing, we need to remember that there are reasons we are governed by laws. Rules and regulations keep chaos at bay in the courthouse, Congress, or on the road. Writing rules, while not rigid, keep your novels from becoming chaotic. Following a tried and true structure provides you reader with an expected ‘friend,’ allowing their emotions to rise and fall as your unique storytelling draws them in.