As a new writer, the first mistake most of us compulsively—and even subconsciously—make, is manipulate our sentences to increase word count. We go out of our way to phrase things in complex ways to fill the pages and meet that imaginary minimum word count requirement—the one we only discovered by Googling the phrase “how long should a novel be?” So we throw in a few prepositions, explain every single task our character completes, and describe every minor scene down to the last button on the grey, tufted, linen couch.

Sure, this little trick worked wonders back in the day when we pulled all-nighters to finish those seven-page essays or research papers due the next morning, but only when the assignment was an immediate “F” if the word requirement was not met. Otherwise, your teacher or professor might have noted that your paper was wordy or superfluous—a comment I received during a critique of my first edition of The Vanquished.

This eye-opening critique pushed me to recognize my mistakes and release a polished version that lacked distracting, scene-pausing descriptions, interactions or inner thoughts with the main character that hardly amounted to anything, and sentences that read a little clunky (binge-watching the entire series of Downton Abbey while writing the rough draft isn’t such a great idea when your inner voice isn’t yet developed). Since then, however, I’ve noticed many authors repeating the same mistakes as they try to get their novel as thick as possible.

As you’re writing your story—be it a short story or full-length novel—ask yourself a few questions:

For example: If you have repeated, similar scenes of meaningless, every day conversation between two characters and the scenes start and end with nothing else happening, it’s probably fluff. Try removing it and see if you miss it. 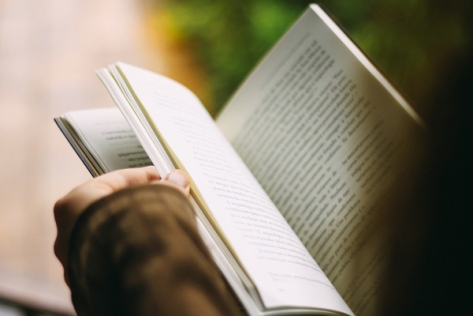 To put it simply: word count does not make a story—and that’s great news for us. Once we stop trying to come up with ways to increase our word count—planning sentences out in our heads that sound more intelligent complicated than how we would normally speak, adding scenes that contribute nothing to the story in way of character or plot development, and looking up pictures and technical names of grey, tufted, linen couches that only exist for the character to shove a zombie into, we get the ultimate freedom of focusing on the best part—the story. And if you’re having fun writing it, I can guarantee your reader will have fun reading it.

Jessica Victoria Fisette is the author of The Soul Reaper series, Fragments, and The Aldurian Chronicles. Her hobbies include discovering the benefits of natural medicine, wine tasting, and trying new recipes in the kitchen. She likes to unwind by typing out a scene or two in her latest obsession or indulging in a good book. Having been passionate about writing since she was a little girl, she is constantly coming up with new ideas for future stories and creating unique, strongwilled—albeit flawed—characters to overcome the difficult obstacles she places before them. Having spent all her life in rural Southeast Texas, she appreciates the tranquility of country living and hopes to implement such a love for nature into her beautiful, ever-so-curious little girl.