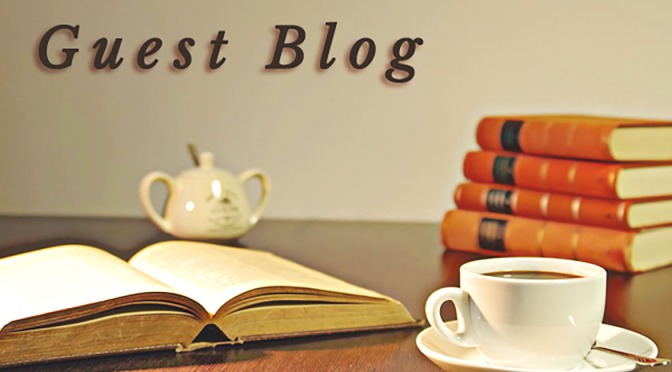 Despite the horrors of Covid-19 and lockdowns, I hope this year brings you joy, experience, and new knowledge.

Apropos knowledge, I remember coming across a “law” of life some time ago, similar to Murphy’s Law:

1. Never tell everything you know.

It’s greedy because knowledge doesn’t belong to anybody. Oh, I know that there is proprietary information, like the exact form and contents of a company’s databases or their communications protocols. Even their contracts and internal documentation belong in this category. This is all well and good and is useful for holding your own in the competitive world of business.

However, there is a second area of knowledge that cannot be contractually limited: know-how. Knowing how to design and construct databases, how to communicate between subsystems, and so on cannot be limited to a particular company. God knows that enough employers and clients of mine have tried. I even had one client who tried this after becoming involved in his project, designing an interface between mobile phones and other equipment (this was in the early 80s when such interfaces didn’t exist). He tried to force a contract on me where I could never design any kind of communications or control program again, nor could I build any embedded projects using the same microprocessor or communications protocols. I laughed in his face and told him that no court would uphold his claim, and it would only cost him a lot of money to try. The very attempt to limit knowledge transfer and use in this way smacks of scarcity thinking.

Hoarding knowledge is also arrogant; you’re acting as if you were the only one who has any right to have and to use the knowledge. This is a symptom of weakness because you think you will be seen as feebler if you let others have access to knowledge. Allowing others to use knowledge is a sign of strength in my eyes because the more knowledge there is out there, the more knowledge will be created as people make new connections between otherwise disparate topics. This leads to the beginning of extelligence, where the relationships between different pieces of information become divorced from the need of a human mind to make said connections. Google and other search engines may very well be the beginnings of extelligence.

Finally, hoarding knowledge is insane. No matter how you try to hide knowledge, Nature is a blabbermouth. Somebody else will discover what you are hiding. Alfred Russel Wallace paralleled Darwin’s work; he deferred publication to Darwin because Darwin’s work was further developed than his own. Even works by a single person, such as Einstein’s Special and General Theories of Relativity, would eventually have been developed by someone else. However, it might not have occurred until years later. When the time has come for information and knowledge to become known, they will, no matter what anyone does to prevent it.

This relates to the Hundredth Monkey Phenomenon. On an island off Japan, scientists studied the behaviour of troupes of monkeys. They were given food regularly, but it simply lay on the ground and became dirty. One old female monkey discovered that washing the fruit in seawater not only removed the dirt from the surface, but the salt in the water added something extra to the flavour. With difficulty, she taught another monkey the same trick. They then taught other monkeys, which in turn taught others until, suddenly, after around one hundred monkeys, every monkey could do it, even without being explicitly shown how. Even more interestingly, monkeys in other troupes and on other islands suddenly learned the trick. It was as if a threshold had been penetrated, and the knowledge became common to all the monkeys.

This confutes social Darwinism and the “survival of the fittest” thinking so prevalent today. The common position is that everyone and everything is, and has to be, in conflict and competition. Phenomena like this are proof that Nature is ultimately cooperative.

Cooperation in the spreading, use, and learning of knowledge is the way to go. People keep talking about this being the Information Age; let’s work together to make this the Knowledge Age, where people work together to increase the level of knowledge in the world. This all links back to the book The Go-Giver I mentioned in a post in my other blog, in which the characters talk about adding value to whatever you give others. If enough people are prepared to add valuable knowledge to others, there will be a breakthrough, a threshold will be breached, and that knowledge will belong to everybody. This is a personal dream of mine, and I have it for the most selfish of reasons: I want to be part of that breakthrough and have access to all that knowledge.

So let’s all go out and spread knowledge as far as we can, because only in that way will we be given new knowledge in return.

Of course, I have been writing from the point of view of a non-fiction author since I also published a self-help book. These days, I’ve switched to fiction, but the truths are still the same if you replace the word ‘knowledge’ with ‘story.’

I’ve heard from other writers, time and again, that they think their stories “aren’t as good as others.”

Who’s to say if it is or isn’t. Many declare that Fifty Shades of Gray is great, while others decry the many flaws they see in the book. The same is true of the Twilight series of books; I’ve read more than one review that moans about one-dimensional characters and the sizes of plot holes. Nevertheless, these stories are popular.

Why? That is a question only the readers can answer. However, publishers have made fortunes from books like these.

But, getting back to the theme of ‘knowledge,’ or in this case ‘stories,’ the more available, the better the readers’ entertainment. It may be that someone needs to read your particular stories, written in your specific manner, for them to get the most out of those tales.

So, stop comparing yourself to others. It would be best if you only were comparing yourself to your past self, i.e., striving every day to become better than you have ever been before. Believe in yourself, and you will reach your goal of being published. As I’ve mentioned before, I have recently had two short stories published in anthologies. Plus, I have had requests for information and even complete manuscripts from agents and publishers in the past few weeks. I’m still waiting to hear back from them, but I am hopeful.

“Don’t talk yourself out of an idea just because it’s been done before. Put your own spin on it. Bring in your own personal experiences. You will have your own stories to tell, which will make it unique.”
–Dr. Joe Vitale

So, what I’m really getting at is, if you’re serious about being a published author, you have to write the way you write, then put yourself, your stories, and your knowledge out there.

As I said in a Facebook post recently, “You gotta keep submitting. Otherwise, nobody out there knows that you exist.”

I’m a ‘Pantser’ (aka ‘Discovery Writer’), meaning that I write ‘by the seat of my pants’.

In other words, I have no idea what I’m writing until I’ve written it. Give me a picture or a writing prompt (a sentence, a phrase… heck, even a word will do) and let me loose. I can come up with something in twenty minutes, 400-500 words to create a new story. I don’t stop there, of course. Those few words can turn into four or five thousand, or more. The next day or week, the Muse will strike again, and I’ll finish it off, creating something weird, wonderful or just plain odd.

Once I’m done, then comes the hard part: turning it into something good. I’ve had to learn that what I wrote initially is only the beginning. Read, revise, edit, wash, rinse, repeat. And repeat. And repeat… There are some stories I’ve gone over dozens of times, and I’ll still find something to improve, on occasion.

So it is that I’ve self-published a self-help book, written dozens of short stories, completed a novel, and am still working on two more. My genres cover science fiction, fantasy, urban fantasy, horror, humour (very dark), noir, detective fiction, fairytales and fairy stories. Often more than one in a single tale… Oh, and there’s a second self-help book in the works, too.

I came to writing fairly late in life, but that ain’t going to stop me now. As Harlan Ellison once said, “A writer is some poor schmuck who can’t help putting words on paper.” That’s me, because I’ve already written over a million words since I began. I’ll be done when they peel my cold, dead fingers off my keyboard.

Mind you, given the kinds of stories I write, that will probably be because one of the monsters I created finally finished me off…!