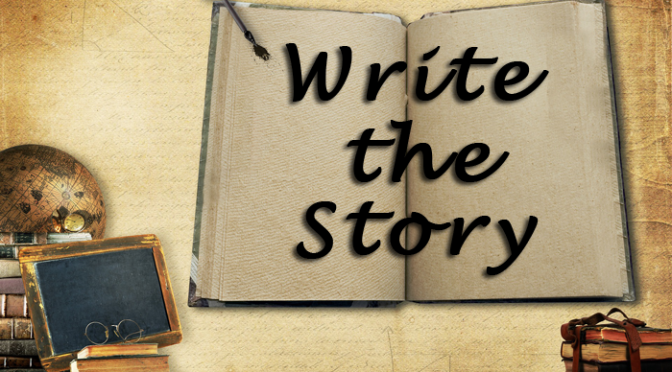 The convenience store was an island of bright light in a sea of post-two-am darkness, with skies that were heavy with quick-moving clouds threatening to burst with torrential rains.

One lone late-model sedan populated one of many gasoline and diesel pumps. A pickup truck was perched in a parking slot along the front of the store. The only other motion evident on this quiet, still night was the fluttering mass of moths that were dive-bombing the lights over the fuel pumps.

A tall man entered the convenience store, pushing through the double-glass doors leaving a bell tinkling merrily in his wake. Inside was even more brightly lit than the outside, and the tension in the store was a living, breathing thing. The long, impeccably dressed man paid it no mind, stepping off to his immediate right to make his way back toward the banks of floor-to-ceiling coolers that comprised the back wall of the store. The heels of his crisp black Italian loafers clicked softly on the shiny tiled floor.

He spied his reflection in an overhead mirror; age indeterminate, salt-and-pepper hair carefully styled and arranged, body wrapped in a fine, dark blue suit, covered by a long, gray raincoat. A black Homburg hat rested on his head like it belonged there. He stepped past the mirror to the first of the bank of coolers which housed racks upon racks of various brands of beer.

The man was not interested in beer, and so he moved on to examine the next cooler. He heard shouting; an angry man’s voice, coming from around the center of the store. The tall man registered the angry voice and the responding pleading voice, but single-mindedly continued on in his quest for a specific beverage, gliding past the second bank of coolers and then the third bank, which seemed entirely devoted to beer.

He stepped up to the fourth bank of glass doors and stopped, finally landing on the treasure that he sought. And yet, there were so many different kinds? Monster—about ten different varieties and sizes of that one; Rockstar, NOS, Burn, Relentless, Street King, Lucozade, Full Throttle and Venom Energy to name a few. It was all very confusing, and the tall man sucked noisily at a tooth in annoyance at the prospect of having to read label after label just to get a refreshing drink with a kick.

He glanced at the next rack and frowned at the countless rows of mocha and coffee-flavored drinks. He turned back to the colorful array before him and selected the granddaddy of them all; Red Bull. He opted for sugar-free, as he read somewhere that sugar was addictive and Lord knows he did not need any of THAT in his life.

Decision made, he gazed longingly at the gleaming can with the little beads of sweat sliding down its sides. The tall man closed the door to the cooler and stepped back along an aisle with an unending volume of healthy protein and fiber bars. He shook his head at the seeming insanity of so many choices, set his jaw and moved along to the end of the aisle, stepping past a gleaming and brightly lit soda fountain with about a hundred different choices available. He saw six different kinds of Coke!

We live in a land of excess, he thought sadly as he moved toward the center of the store. He stopped to watch the tableau of the loud-voiced guy and the pleading guy. Seemed like he’d walked straight into a ‘situation’, as his father liked to call things like these.

The loud guy was actually pretty hyper, gesticulating wildly with a handgun; it appeared to be a Glock, yelling at a guy behind the counter a whole bevy of instructions that would confuse most people. “Get back! Keep you hands up! Gimme the money! Don’t do anything stupid. C’mon, c’mon, I ain’t got all night!”

The poor guy behind the counter looked like he didn’t have a clue. He’d reach for the cash register and the Glock-waving guy would scream at him again and he’d step back with his hands in the air. Spittle flew from the small, highly agitated Glock-waving guy. He kicked over a display of Cheetos, which actually looked pretty good to the well-dressed tall man. But only for a moment as he kept himself to a very strict diet and there would be no cheating on junk like Cheetos. He cleared his throat, which sounded deafening in the store.

Both men looked at him. He stepped up to the counter alongside the man waving the Glock and placed his sugar-free Red Bull on the counter. He nodded to the man with the Glock, who immediately went apoplectic.

“Are you kiddin’ me, man! You see this?” he shouted, waving the weapon in the air over his head. The tall man stared at him.

He spoke calmly to the animated guy. “Well, sure I see it. Looks like a Glock. You’re going to want to be careful with that thing; I don’t think it has a safety on it.”

The clerk behind the counter shook his head at the tall man vigorously while the gunman stepped closer to him, screaming. “What’s wrong with you man? Get yo dumb gringo ass down on the floor NOW or I shoot you DEAD.”

The tall man looked at him, still calm. “I just want to buy my drink and I’ll be on my way.”

“What?! Piss on your drink!” he bellowed and then squeezed off a wild shot, punching a neat hole through the can of Red Bull and sending it spinning in a frothy spray off the counter. The tall man stepped back to avoid the foaming liquid. It splattered the clerk.

“That was my drink,” the tall man said.

“I said get yo ass down!” screamed the gunman, pointing the weapon sideways at the tall man; which was a very common mistake among thugs like this guy. It looked cool, but it was pretty stupid.

The tall man reached up slowly, lifting his Homburg, and ran a large hand over his speckled hair and then replaced his hat. “No, I don’t think so. This floor looks pretty clean but I don’t want anything on these pants.”

The tall man moved the distance separating him from the gunman with inhuman speed. One moment he was in front of the counter, the next he had a vise-like hand clamped on the back of the gunman’s neck and the other wrapped around the shooter’s gun-hand, squeezing, squeezing, and crushing the guy’s hand against the hard, unyielding polycarbonate grip. Bones cracked and the guy screamed and the tall man could see his fouled teeth, which told him the guy was a meth-head who hit the pipe often; far too often.

In a blink of an eye, the tall man introduced the gunman’s head to the front of the convenience store’s main counter in a blur that ended in a loud crunch with splintering wood, and the gunman sagged to the floor, motionless, his head punched partially through the panel.

The tall man leaned over the downed gunman and wiped his gloves off on the man’s tee-shirt. He looked up at the clerk, who was both stunned and shocked at the sudden development, but then the ole wheels turned for the guy and he realized that a potentially very bad situation that could have been the end of his days had suddenly and happily reversed. He began to say “Thank y—”

The tall man glanced up over the clerk’s head toward the ceiling, then nodded to the clerk. “That thing working?”

“What?” he asked and then his eyes looked up to the ceiling behind him, spying a closed circuit-camera. There was no blinking red light, indicating that it was not recording. He turned to the tall man and said unnecessarily, “No.”

The tall man said, “Good. How much for another Red Bull.”

The tall man stepped up to the counter, beside the motionless gunman. The clerk stepped forward, hand outstretched to shake the hand of the man who’d likely just saved his life. The tall man accepted the handshake, then yanked forward suddenly and with tremendous force as the blade of his other hand swung in a blurred horizontal plane which ended with a dull, meaty thud at the clerk’s throat.

His head snapped back, eyes rolling up in his head and breath suddenly seemed to be stuck in the guy’s ravaged throat, and he dropped to the floor behind the counter, strangling on his crushed larynx. The tall man watched him struggle weakly, his face turning ashen and his lips turning blue.

The tall man turned away and retreated to the fourth bank of coolers in the rear of the store and removed another sugar-free Red Bull. He stepped back up to the counter, dropped a five-dollar bill, and then stepped to the door of the convenience store, which was suddenly opened for him by a dark giant dressed in livery.

The tall man stepped past the giant, who rumbled, “Everything okay, sir?” as he opened the rear door of a gleaming Bentley Mulsanne.

The tall man removed his Homburg. “No witnesses, Ernie. Nothing for you to have to clean up in there.”

“Yes, sir.” Ernie shut the door and compressed his heavily muscled six-foot-eight frame into the driver’s seat of the vehicle.

The Bentley slid away from the convenience store quietly, making its way out of Broken Arrow toward Tulsa.

All this could have been avoided had he just stayed home and enjoyed his customary coffee. But what fun would that have been?