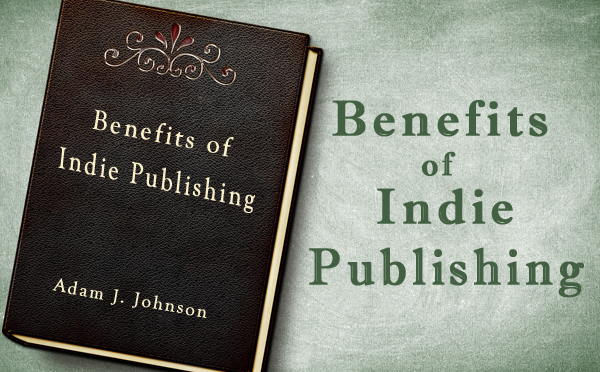 Many of us dream of getting that acceptance letter from one of the big publishing houses. We wait by the mailbox or constantly check our email in a child-like fervor, hoping to see “Congratulations” come through. We think that once we get that acceptance, life is set, we’ve made it, and we are now successful authors, right? Well, that couldn’t be further from the truth. There are so many hoops to jump through with traditional publishing, and for a brand-new author without an agent, you will almost certainly get the short end of a short stick. There are a few exceptions to the rules—those like J.K. Rowling, who found massive success with her first series, but that is a rare case. Yes, we all want to hit that goal, but we need to plan for reality and write like we’ve got that success waiting for us. Let’s look at some of the drawbacks of traditional publishing.

Royalties vary greatly for traditional publishing contracts. They can be from as little as 3% to as much as 15%. It would be exceedingly rare to get anything more than 15%. They have overhead costs, binding costs, and distributing costs that drive your earning potential way down. For a new author, you will probably get between 3-5% royalties. If you got the high end at 5% and your book sold for $15 per copy, that means you would make $0.75 per book sold. At that rate, you would have to sell 1.3 million copies of your book to make a million dollars. Sounds doable, right? What they don’t tell you is that the big publishing houses don’t really do much marketing for you—that is still mostly up to you. If you want to get the best deals and have someone set up events for you, you have to hire an agent before even getting signed with a publishing house. Your agent will go to bat for you negotiating your publishing contract and could get you a slightly higher percentage. They will set up events for you and get you different speaking gigs, but their focus isn’t even marketing, so that’s still up to you. Not to mention the high cost that comes with having an agent. They are an invaluable resource, but most authors can’t afford one before signing with a big publishing house, so most of us lose out when entering into new contracts with publishing houses. The advantage that traditional publishing gives you is that they will get you into many of the bigger-name retail stores. However, even though they get your book in front of those buyers, that doesn’t guarantee a sale. Most bookstores and retail outlets will place an order for your book through the publisher, but they usually require that they retain the right to return unsold books to the distributor. This is damaging to your royalties and this is how.

Now, for people who have money already or are already somewhat successful authors, the book advance is great! However, for new authors and people without much money, it can be damaging. Here comes the tricky part regarding if the publisher had paid you an advance on your book, which they do a lot of the time. Say that 1,000 copies were the first copies of your book sold. It took six months to sell through them plus the time it took for the distributor to receive them and verify that they are there. Now, the publisher recoups their money from the advance before you even get to see a royalty payment. So If those copies that you sold don’t cover the advance, now you’ve waited around seven months and won’t receive any royalty payments because your advance wasn’t covered. So you can see how purchase orders from a bookstore don’t necessarily translate into sales. This is where marketing comes in. Most of the time, the big publishing houses won’t put much, if any, money into marketing your work unless you are an established author with a good following. So you are still left to market your book with your own resources and you are taking such a small percentage of the profits for your own work!

So sure, traditional publishing does seem like a glorious pursuit, and sometimes it can be! The reality of it is—it’s not as glamorous as you would think and is actually somewhat unfair to the author who puts in a large majority of the work to get a small fraction of the rewards.

Stay tuned for part two of this series where we will dive into the reality of indie publishing and the benefits we can reap from it.